Did you know that in 2014 The American Legion, Department of Florida was only able to facilitate 15% of requests received for Emergency Assistance?

It is only with your help that we can provide Emergency Assistance to more and more of our 1.5 million service members residing right here in our own state.

Every dollar makes a difference. Together, we can make a HUGE impact on the lives of our service members and their families!

All contributing Family Members will be acknowledged at State Convention.

CHECK OUT OUR JEEP 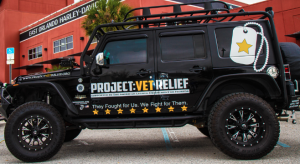 We are busy preparing for the next training for VetRelief Advocates; which will be held during the 2015 American Legion Department Convention.  Once details are finalized, we will distribute a list of class times to those who have signed up to be a VetRelief Advocate. If you haven’t signed up yet, click here to sign up today!

We Have New Brochures!

Fill out a Marketing Material Order Form to receive copies

Welcome to the Good Fight

Thank you Elizabeth Ricci for Fighting the Good Fight! 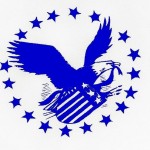 Attorney Elizabeth Ricci has been described as an “immigration law expert” on MSNBC’s Reid Report. She has worked in the area of immigration law since 1989.

Ms. Ricci received the 2015 Second Judicial Circuit Florida Bar President’s Pro Bono Award for outstanding contributions for the good of the public.  She was also profiled by Nova Southeastern University as an outstanding alumna for her work with US military veterans. The “Elizabeth Ricci Veterans Law Clinic Scholarship” was also established there in her honor.

Ms. Ricci has been a tremendous asset to PROJECT: VetRelief, handling Immigration cases for our veterans Pro Bono.  We are proud to have Ms. Ricci Fighting the Good Fight with us! 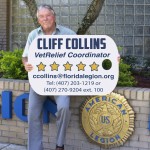 The passion Cliff Collins has for our veterans and their families drives him to always do the best job he can. As the PROJECT: VetRelief Coordinator, Cliff facilitates all requests for service. He assists with filing out paperwork, processing claims, verifying requests, following up with applicants and community outreach.

Cliff attended Georgia Tech and the University of Florida. While enlisted in the United States Navy from 1967 to 1971, Cliff received the Navy Meritorious Unit Commendation Medal. Then in 2007, after launching two successful businesses over a 20-year period, Cliff joined The American Legion, Department of Florida and, as Cliff will tell you, this is the most fulfilling work he has ever done.