Convention Wrap Up: What a Success!

We hope you were able to stop by and see us at some point during the American Legion, Department of Florida Annual Convention in July. We were excited to see all our VetRelief Advocates and share the accomplishments that they helped us acheive!
Check out a few highlights:
If you didn’t make it to the Convention and catch one of our trainings, don’t worry! A class will be offered at the Fall Conference in November. There will only be one opportunity, so be sure to sign up when the details are announced. Stay tuned for more details. 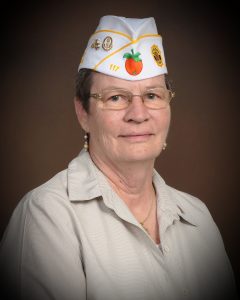 We would like to congratulate the incoming Commander, Dianne Boland, on becoming the first elected female Commander to the Department of Florida! We wish her the best of luck for a successful and productive year ahead.

OUR HATS ARE OFF TO Steve Shuga!

THE RESULTS ARE IN – After collecting, adding, and reconciling all of the donations that we received over the past year, the final total that the 2017-2018 Department Commander Steve Shuga collected was $104,457.70!!!
We are so very grateful to Steve for choosing PROJECT: VetRelief for his charity of choice. Not only did he raise a lot of money to provide more assistance to our service members and their families, but he increased the awareness of our program throughout the state of Florida. Because of him, more Legion Posts got involved in the program by either holding a fundraising event, making a donation, or getting their members to become VetRelief Advocates to help conduct applicant interviews.
Thank you to all of the Posts, Units, Squadrons and Chapters who helped Steve reach his goal!